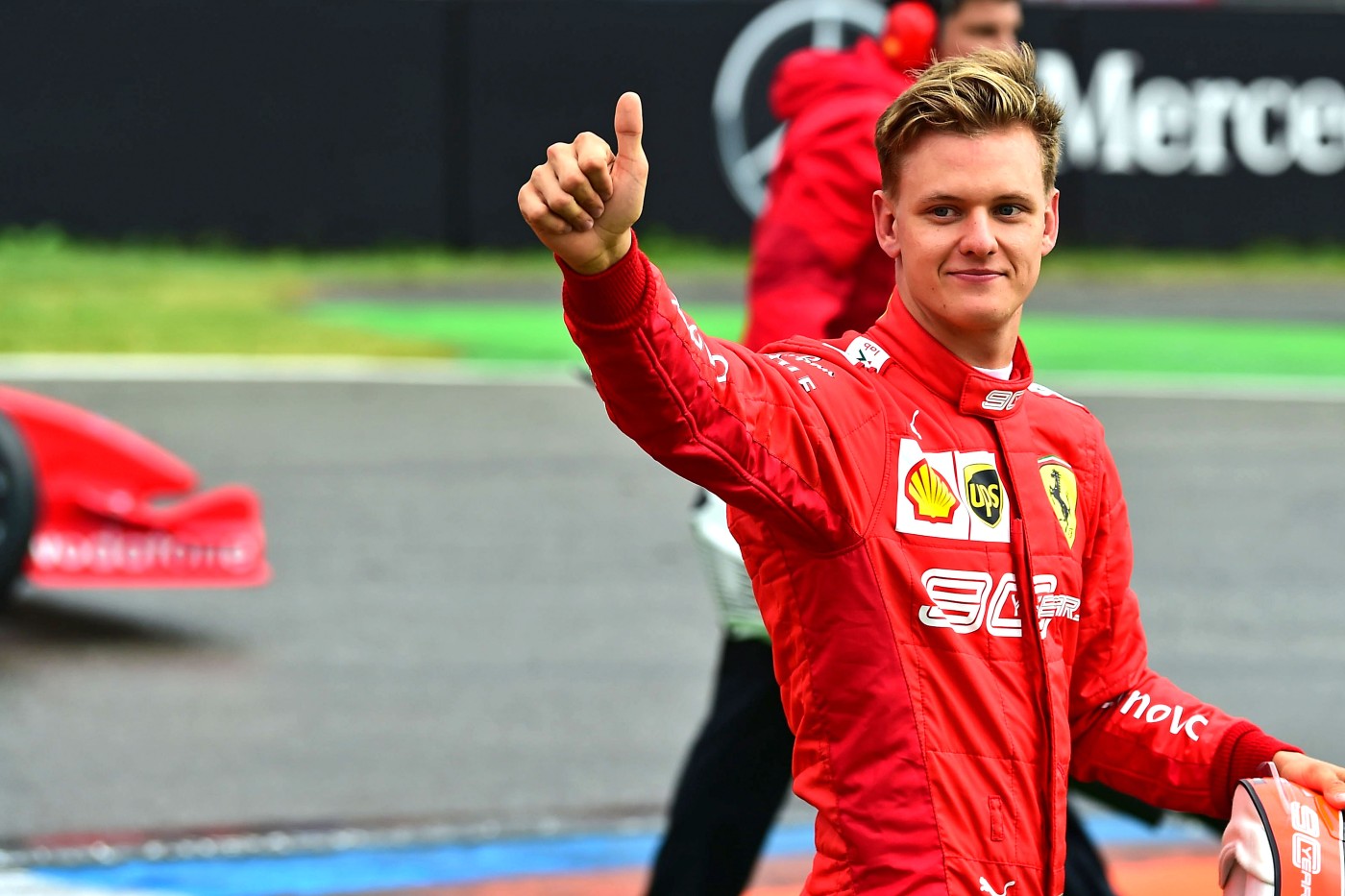 Mick Schumacher, son of seven-time Formula 1 World Champion Michael Schumacher and the reigning Formula 2 champion, today took to the track in F1 machinery in an official Formula 1 session for the first time. It completes what has been a stellar 2020 for the young German, who will race in F1 for Haas in 2021.

2020 has been a tough year around the world, with the Covid-19 pandemic dominating news headlines. For 21-year old Mick Schumacher, however, it has been a year of massive success. He has won the Formula 2 championship in just his second season in the series, triumphing as a result of consistently delivering strong results in one of the strongest F2 fields in recent memory.

There are a number of 2020 F2 drivers who could justifiably have been promoted to F1 for 2021. Schumacher and Nikita Mazepin (5th in F2 in 2020) have been selected to drive in F1 with Haas in 2021. But there are a number of other drivers who could also succeed at the top level – Callum Illot, Yuki Tsunoda, Robert Schwartzman and Guanyu Zhou have all performed well enough in F2 to be seriously considered for Formula 1 seats. With Alpha Tauri yet to confirm their driver line-up for 2021, it is still possible that Yuki Tsunoda could make the step up to F1.

Mick Schumacher has some things in common with his famous father, and yet there are some noticeable differences. Mick is calm, measured and consistent, whereas young Michael was aggressive and spectacular. And yet there is a striking similarity in driving style. The way Mick attacks the entry to corners looks so much like Michael that it brings back memories of the Ferrari glory days of the early 2000s.

Today was a significant step for Mick. He is the reigning Formula 2 champion and the European Formula 3 champion from 2018. But those achievements pale in comparison to being an F1 driver at all. Schumacher was scheduled to drive for Alfa Romeo in FP1 at the Eifel Grand Prix in October, but the session was abandoned due to heavy fog. Today in Abu Dhabi, Mick Schumacher finally made it out on track in an FP1 session, marking the first time he has set a lap time in an official F1 session.

Schumacher finished the Abu Dhabi FP1 session 18th fastest, ahead of Pietro Fittipaldi in the other Haas, though it should be noted that Fittipaldi was testing 2021 parts for Haas and his lap times were therefore not directly comparable to those of Schumacher.

Schumacher’s next F1 outing will be in next week’s Young Driver Test, which follows the last race of the season in Abu Dhabi. After that, he will have to wait for pre-season testing in March 2021 to drive an F1 car again. And then of course he will race in Australia on 21 March 2021, the first time a Schumacher races in F1 since Michael Schumacher retired at the end of 2012.

What awaits Mick Schumacher in 2021? He arrives in Formula 1 under the most ideal circumstances possible. He has won the Formula 3 and Formula 2 titles on his way to the top level. He has reached F1 on merit, defying anyone who might suggest that it is his famous surname that has propelled him. But Formula 1 is another level. Schumacher will be racing against the best drivers in the world in the most challenging racing series there is. Will he sink or swim? Time will tell.