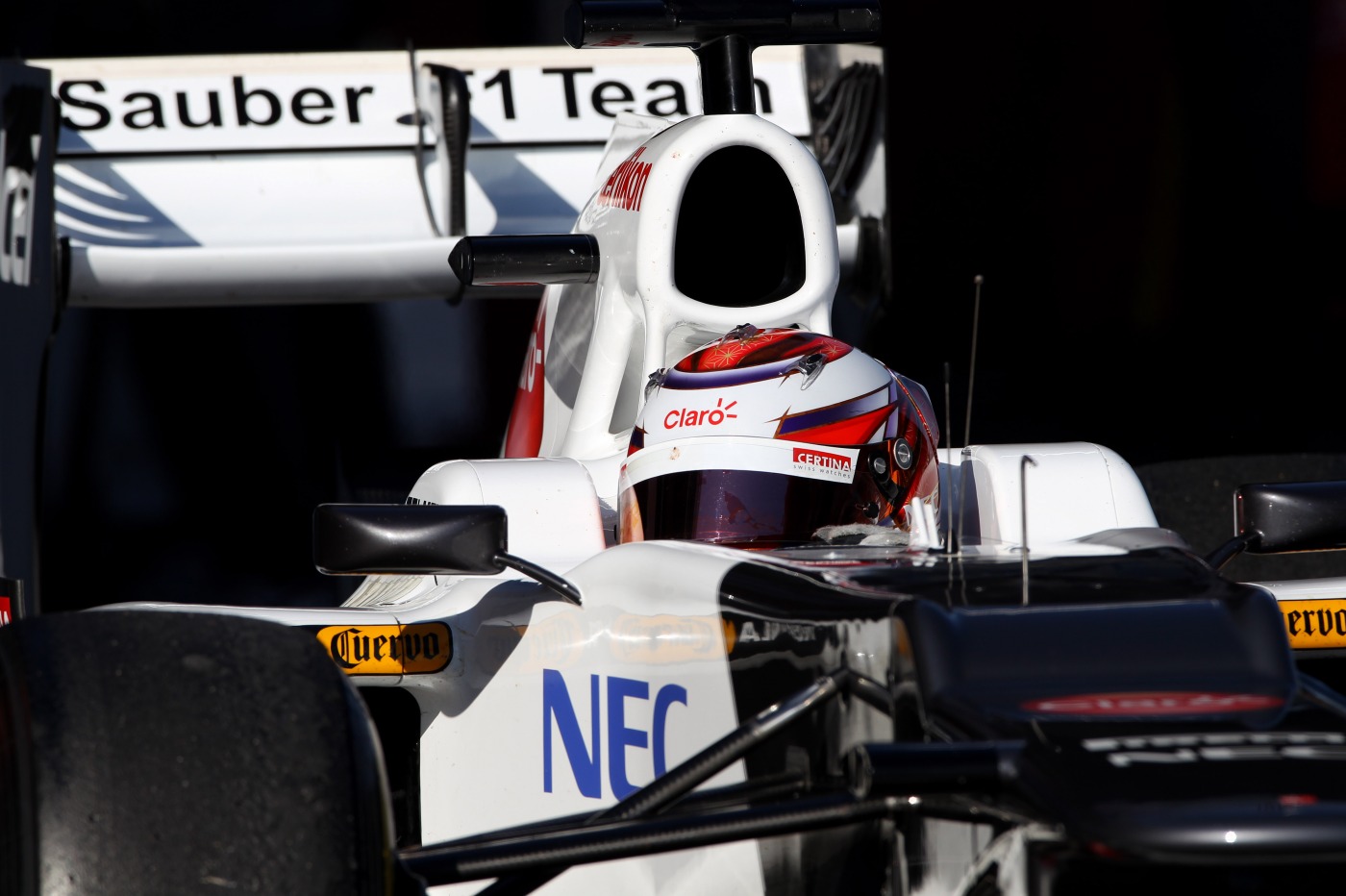 The G-forces involved in driving an F1 car are far beyond anything an average person will ever experience. Under braking, drivers can be subjected to as much as 5G. Lateral forces in high-speed corners commonly exceed 3G. As a way of translating these numbers, the maximum braking force of a road car is around 1G. So if you’ve been braking as hard as possible on a good surface on a warm day with tyres in good shape and ABS fitted to your car, you might have felt about a fifth (at most) of the braking force of a Formula One car. If you brake as hard as possible in an F1 car, your lungs will be pressed up against your ribs by the G-forces, and the tears will be pulled out of your eyes.

If an average person were to drive a Formula One car – assuming the necessary skill, which is unlikely – the G-forces involved would probably overcome the body’s ability to cope within no more than a few laps. The toll on neck, shoulders, arms, etc. would make turning the steering wheel impossible. The forces involved in accelerating and braking would literally hinder breathing. It doesn’t look physically taxing on TV, but it’s just about the most demanding exercise possible, short of flying a fighter jet or a space-craft.

So Formula One drivers keep fit. And not just reasonably fit. They all spend a good part of each day in the gym, doing exercises that make it possible to withstand enormous G-forces for extended periods of time. Grand prix regulations specify a maximum race time of 2 hours. A practice session is no more than 90 minutes. So you might expect drivers to train to be able to drive for up to 2 hours, which really does sound long enough.

Today, Kamui Kobayashi drove his Sauber C31 for 145 laps of the Circuit de Catalunya in Barcelona, Spain during testing for the 2012 season. Each lap of the track is 4.655km. That’s a total of approximately 675km. If he had driven that far from Barcelona on the road, instead of the race track, he could have ended up in Lausanne, Switzerland. Starting in Cape Town, South Africa, he could have made it to within 100km of the Namibian border. In a Formula One car. A grand prix distance is approximately 305km. Kobayashi did that twice, and another 65km, in one day. The fitness required to do such a thing is almost beyond imagination.

Kobayashi is not the only driver able to cover such distances. Nico Rosberg of Mercedes covered 139 laps today. Pastor Maldonado of Williams drove for 134 laps. Three other drivers were on track for more than 100 laps. At the age of 43, Michael Schumacher drove his Mercedes yesterday for 127 laps. Any one of the 24 drivers contracted to race in 2012 would do the same mileage again tomorrow if required.

It often looks on television like driving an F1 car is easy, boring even. The casual viewer sees speed, glamour, wealth and fame, but often misses the gruelling and constant physical assault a Formula One car unleashes on a racing driver. They may seem like rich playboys who like to mess around on a race track on Sunday afternoons, but F1 drivers are probably the fittest sportsmen on Earth.