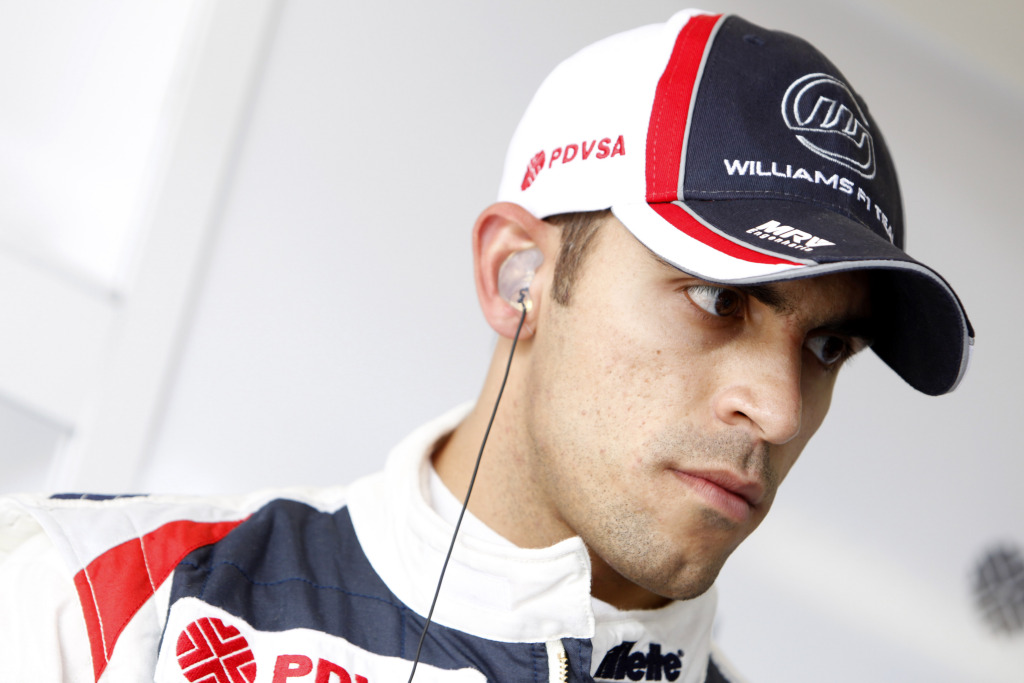 On lap 56 of 57 in the European Grand Prix, Pastor Maldonado and Lewis Hamilton collided, putting Hamilton into the wall and out of the race, and taking the front wing off Maldonado’s car. But who is to blame?

Maldonado pulled alongside Hamilton on the outside under braking for the right-hand turn 12. Hamilton maintained the inside line, but drifted towards the outside on the exit, forcing Maldonado off the track. Maldonado did not yield, and kept attacking, despite being off the track. As he rejoined the track, the front of his car made contact with the left side of Hamilton’s McLaren. The left side of Hamilton’s car was lifted off the track, and the car bounced sideways into the wall on the outside of turn 13. Maldonado lost his front wing in the process, but was able to continue and ultimately finished tenth.

Maldonado was penalised for “failing to rejoin the track in a safe manner”. He had all four tyres outside the white line that demarcates the track limits. His return to the track resulted in a collision. The stewards added 20 seconds to Maldonado’s race time, which dropped him from 10th to 12th in the final results.

Hamilton is arguably also guilty – of forcing the Williams driver off the track. Maldonado was alongside going into the corner, and therefore Hamilton was required to allow him space. Hamilton did not do that, and therefore could have been penalised. His race ended in the incident, which nullified the need for a penalty.

This is one of those crashes that could almost be considered a “racing incident”. Accidents happen in racing, and it is not always necessary to apportion blame. However, the rulebook requires that Maldonado be penalised – because his car left the track completely before the crash –  and so a penalty has been imposed.