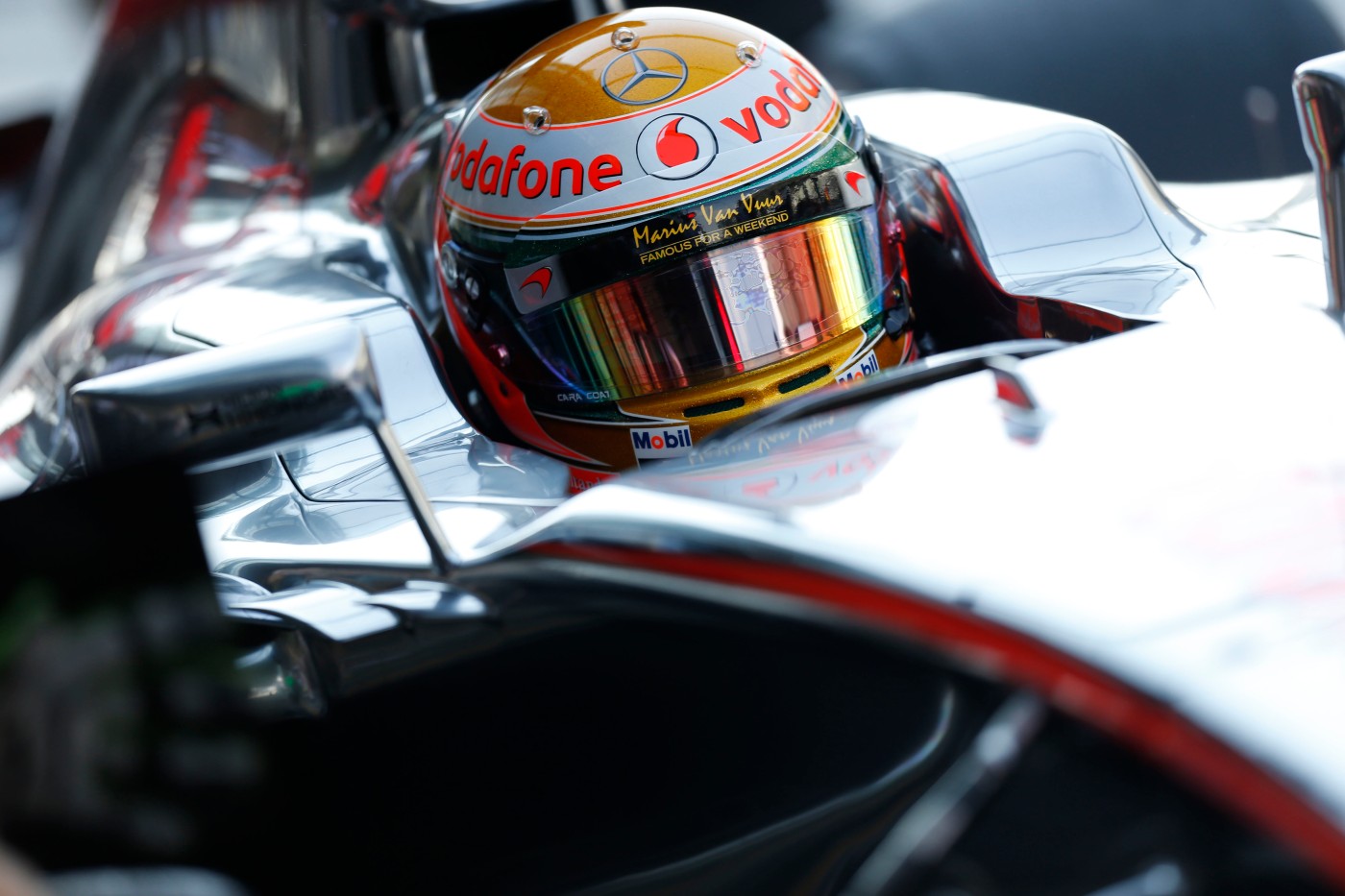 Red Bull may have dominated the last four races, but in qualifying for the Abu Dhabi Grand Prix, they had no answer to the raw pace of Lewis Hamilton, as he took pole position by a third of a second from Mark Webber. Sebastian Vettel was third, but that was all about to change as he stopped his car on track at the end of qualifying which led to an investigation by the stewards.

Hamilton’s pole position was not entirely unexpected. The McLaren has looked quick on the Yas Marina track all weekend, particularly so in the hands of Lewis Hamilton. He topped the first and third practice sessions, and was second to Vettel in the second Friday session. On his pole lap, Hamilton even had a couple of small oversteer moments, which would have cost him time. In other words, he could have gone even faster.

Hamilton’s weekend may be going well, but for Sebastian Vettel everything seems to be going wrong. The reigning World Champion was stuck in the Red Bull garage for most of FP3 with a brake problem, which seriously curtailed his qualifying preparation. In qualifying, Vettel could only manage the third fastest time, behind his own team-mate Mark Webber and pole-sitter Lewis Hamilton.

But when Vettel’s car came to a halt on track at the end of Q3, his third place was immediately in jeopardy. The regulations are clear. A fuel sample must be available from each car at the end of qualifying, and each car must return to the pits under its own power unless the team can prove a case of force majeure to the stewards.

It was Renault, Red Bull’s engine supplier, who had requested that Vettel stop on track. The stewards accepted that there was a genuine case of force majeure and did not penalise him for stopping. However, it turned out that there was insufficient fuel left in Vettel’s car to provide the required fuel sample, and Vettel was accordingly excluded from the results of qualifying, in accordance with the regulations. He is therefore demoted to the back of the grid, and Red Bull have confirmed that they will elect to start Vettel from the pit lane, which allows the team to make setup changes to the car.

Vettel’s woes play straight into the hands of Fernando Alonso. Red Bull look comfortably quicker than Ferrari at this stage of the season and that makes a straight fight between Vettel and Alonso fairly predictable. Alonso therefore needs some Red Bull misfortune, and that is precisely what has occurred this weekend. Alonso has a 13 point deficit to overturn if he is to win the title, and he is perfectly placed to do just that in this weekend’s race.

For Formula One fans, both at the track and at home, Vettel’s penalty provides the promise of a thrilling race. Vettel has a quick car, he is the current double World Champion, and he has the motivation to fight for a good result. All of that means that viewers will likely be treated to a unique and inspiring drive from the Red Bull driver tomorrow. No driver in history has won from 24th on the grid. Could Vettel be the first?