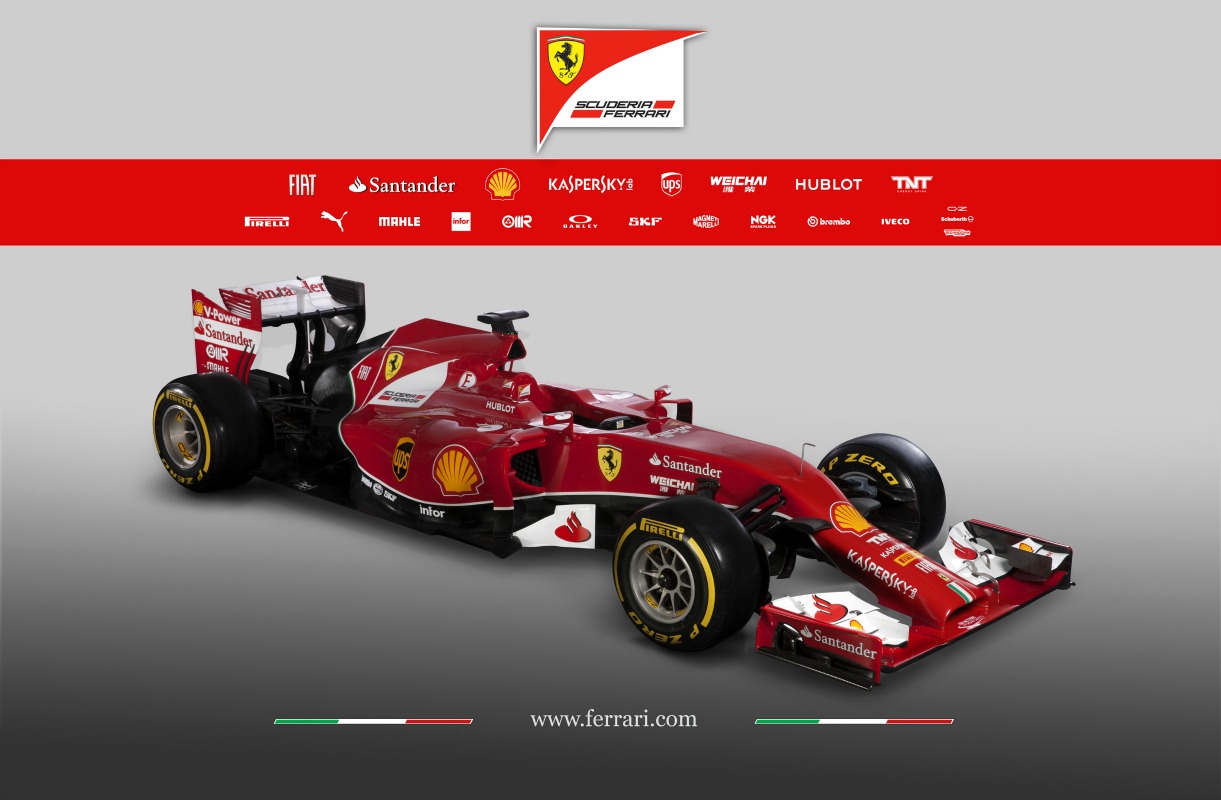 The latest Formula One car to be unveiled in the 2014 pre-season is the Ferrari F14 T, the car that will be driven by Fernando Alonso and Kimi Raikkonen in this year’s World Championship.

As with all of the cars revealed thus far, the most striking feature of the F14 T is the nose, although Ferrari have gone with a different solution to that seen on the Williams, McLaren and Lotus cars. Whereas its rivals have generally gone with very thin ends to the nose, Ferrari have gone for a wider, flatter nose, which makes the car the most attractive (the word is used cautiously) to be unveiled yet.

Ferrari are the first team to show images of the rear-end of their 2014 car. However, it appears that they have fitted a dummy diffuser for the photographs. As the diffuser produces a significant amount of downforce, it is not unusual for the teams to keep their diffusers under wraps as far as possible before the season starts.

The rear-end image shows the rear-exiting exhaust well. The lower beam wing seen on F1 cars from previous years is conspicuous by its absence, as it has been outlawed by the regulations for this season.

In terms of other noticeable changes on the car, the sidepods are larger than on last year’s car, as required by the regulations, and the front wing is narrower.

The F14 T will make its testing debut in Jerez, Spain on Tuesday 28 January.

Click here for the full image gallery of the F14 T.