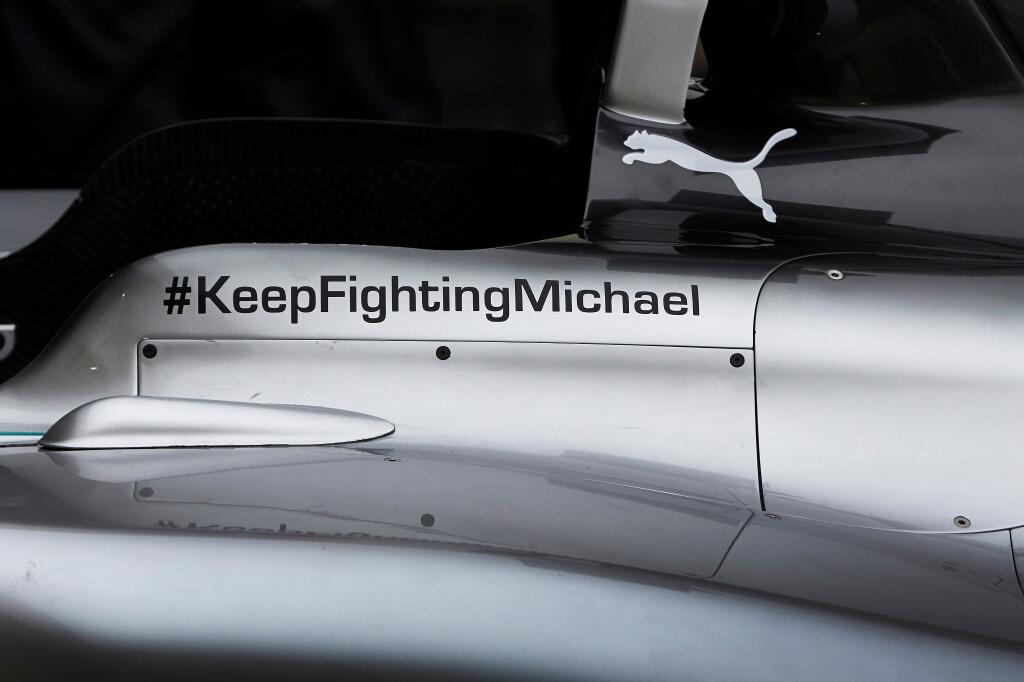 The Mercedes AMG F1 team has revealed that its 2014 car, the W05, will display a message of support for Michael Schumacher during the first pre-season test that begins tomorrow in Jerez, Spain.

Schumacher was injured in a skiing accident on 29 December. The retired seven-time World Champion remains in an artificial coma after undergoing surgery in the hours and days following his accident. It is not yet known to what extent Schumacher might recover or when such a recovery can be expected to take place.

Following his total domination of Formula One with Ferrari, Schumacher retired in 2006 before making a comeback with Mercedes in 2010. Although the comeback did not yield the results that were targeted, Schumacher became very much a part of the team and was held in high esteem and affection by his fellow team members. The message shown on the W05 during the coming test is an indication that they, like the rest of the racing community, are anxious for positive news from Schumacher’s doctors.

Mercedes are not the only team to be showing support for Schumacher. Messages of support have been sent by all of the teams to the family, and Ferrari have rallied behind Schumacher’s family, showing their support with personal communication and public shows of solidarity.