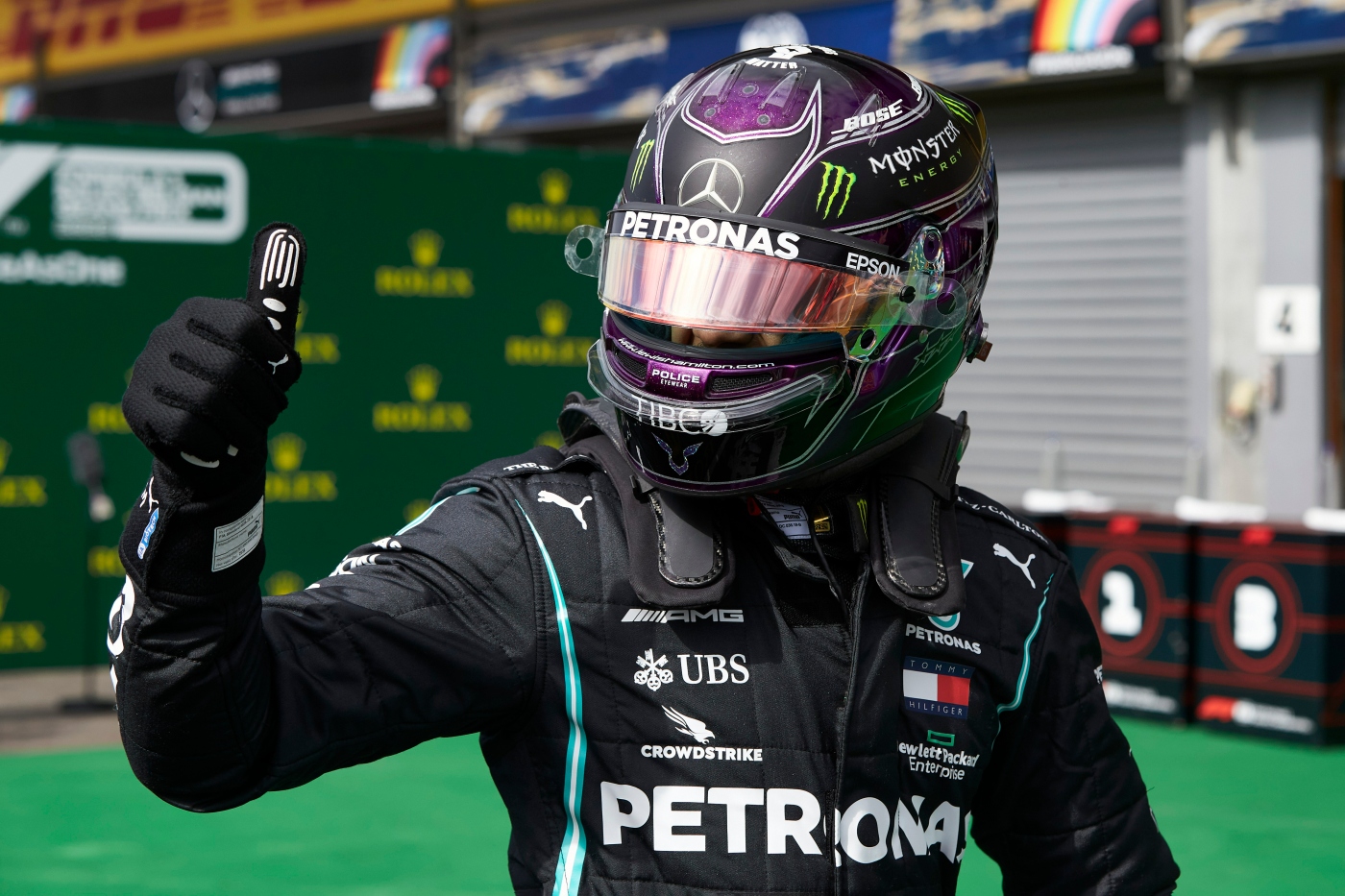 Lewis Hamilton has already firmly established himself as the benchmark driver of his generation. Now he’s taking over many all-time records, and setting some new records of his own. One of the milestones that looms this season is 100 pole positions.

When Ayrton Senna took his 65th and final pole position at the 1994 San Marino Grand Prix, he had almost double the tally of his nearest rival – Jim Clark and Alain Prost shared second on the all-time list of pole positions with 33. At that point, Michael Schumacher had zero poles to his name and Lewis Hamilton was in just his second season of karting, aged 9. It was a fair assumption at the time that Senna’s pole record would never be beaten or would at least stand for a very, very long time.

Schumacher did eventually beat Senna’s record, reaching a total of 68 poles before retiring from F1 for the first time at the end of 2006. Schumacher was stripped of his one pole position in his comeback with Mercedes due to a grid penalty for causing an accident at the previous race.

It’s a mark of how dominant Senna and Schumacher were in qualifying that by the time Schumacher retired for good in 2012, only Sebastian Vettel had managed to surpass even Clark and Prost’s tally of 33 poles – Vettel had 36 at that point and had just become a triple World Champion.

And then Hamilton moved to Mercedes.

In the history of Formula One, there have been team and driver combinations that have become the stuff of legend. Clark and Lotus, Senna and McLaren, Schumacher and Ferrari, Vettel and Red Bull. And now there is Hamilton and Mercedes, perhaps the most dominant of them all.

When Hamilton joined Mercedes in 2013, he had already scored 26 pole positions – 4 more than Fernando Alonso has managed in 314 F1 races. Hamilton was already known as one of the fastest drivers in the sport, and he was already formidable in qualifying. But he had barely even begun.

During his time with Mercedes, Hamilton has notched up 67 pole positions, with no fewer than 5 poles per season and a maxim of 12 in 2016. He has been on pole for more than half the races in a season four times in a row (2015 to 2018). With 5 poles from the first 7 races in 2020 and another 10 races to come this year, it is possible that Hamilton could even equal Sebastian Vettel’s slightly ridiculous record of 15 poles in a season, set in 2011.

Hamilton’s tally is currently a mammoth 93 pole positions. And he shows no sign of slowing down at all. The 2020 Mercedes car is the class of the field and Hamilton is right at the top of his game. He needs to top the times in qualifying at 7 of the remaining 10 races this season to become the first F1 driver ever to reach 100 pole positions.

Considering just how dominant Hamilton is at present, the possibility of him reaching a century of poles in 2020 seems quite reasonable. It will be an historic moment and a fitting achievement for arguably the greatest F1 driver of them all.