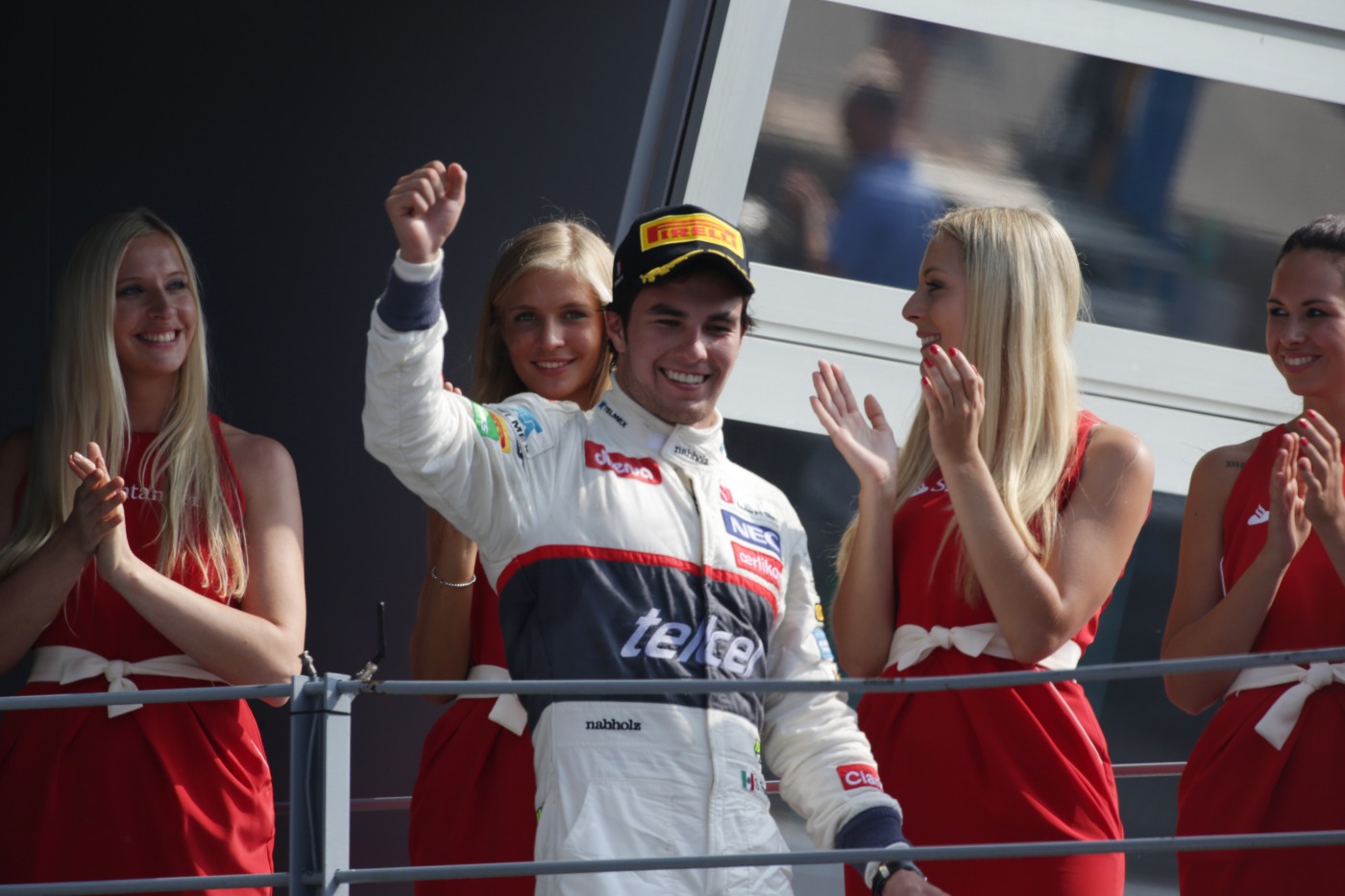 Lewis Hamilton may have won Sunday’s Italian Grand Prix from pole position, but the drive of the day undoubtedly came from Sauber’s Sergio Perez.

Perez started down in 12th position, after failing to make Q3 in qualifying. While his grid position was not ideal, the young Mexican made the most of circumstances by choosing to start on the hard tyres, while those ahead of him were on the softer (and therefore less durable) medium-compound tyres. The choice of tyres proved to be inspired, as it enabled Perez to run long in his first stint. Running the medium tyre in the latter part of the race gave him a distinct pace advantage, and having fresher tyres than everyone else (due to pitting later) allowed him to push all the way to the flag.

Perez’s careful tyre management saw him move from the middle of the pack at the start of the race to second by the end. He passed both Ferraris like they were standing still and would have needed only a handful more laps to catch and pass Lewis Hamilton for the lead. As it happened, Perez ran out of laps and Hamilton took a well-deserved victory, but Sauber and Perez showed once again that they are capable of challenging right at the front.

A crucial part of Perez’s performance was his own driving style. The car is clearly quick and kind to its tyres, but it required sublimely smooth and controlled driving to preserve tyre performance throughout the race. Perez is only in his second season of Formula One, but is already showing remarkable maturity behind the wheel.

This is the third such impressive performance from Perez this season, the previous two being in Malaysia and Canada, where he also featured on the podium after smooth, measured performances. As a result of his consistent season, Perez is ahead of Ferrari’s Felipe Massa in the championship, which is significant given that Sauber is a Ferrari engine custome. From very early in the season, there was speculation that Perez could replace Massa at Ferrari for next season, and after this performance (if not before), Ferrari must surely be looking at the possibility with interest.