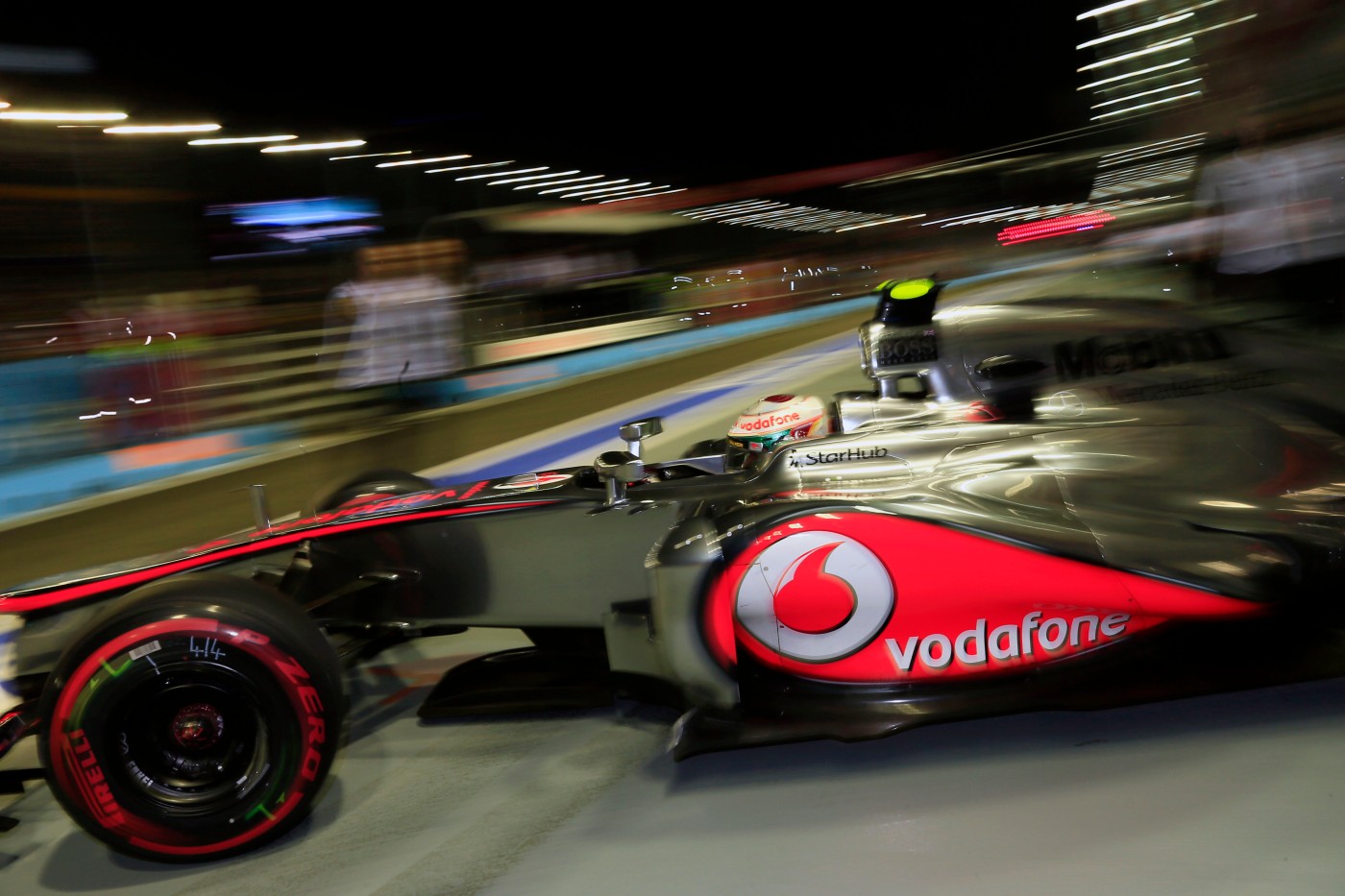 Lewis Hamilton currently lies second in the championship, 37 points behind Fernando Alonso with seven races remaining in 2012. If Hamilton is to win the title, he will have to produce a strong finish to the season. And he is setting himself up for precisely that.

Hamilton’s charge for the title effectively started in Hungary. Although he had already won a race before that (in Canada), the Hungarian Grand Prix was the first in a series of extremely good results for McLaren and Hamilton. In the last three races, Hamilton has won both times he has finished. The other race (at Spa) was won in dominant style by team-mate Jenson Button while Hamilton was taken out in the first corner by Romain Grosjean.

Yesterday, Hamilton put his McLaren on pole for today’s Singapore Grand Prix by almost half a second from Pastor Maldonado. Button was six tenths off the pace of his team-mate, underlining the level at which Hamilton is performing. Championship leader Alonso starts the race down in fifth place, and will have his work cut out to minimise the potential damage to his championship lead.

If Hamilton and Alonso finish this race in their starting positions, Alonso’s lead will be reduced to just 22 points – less than a race victory – with six races remaining. While Hamilton has no way of guaranteeing that Alonso will not score more points, he is putting himself in the best possible position to challenge for the championship, regardless of Alonso’s results.