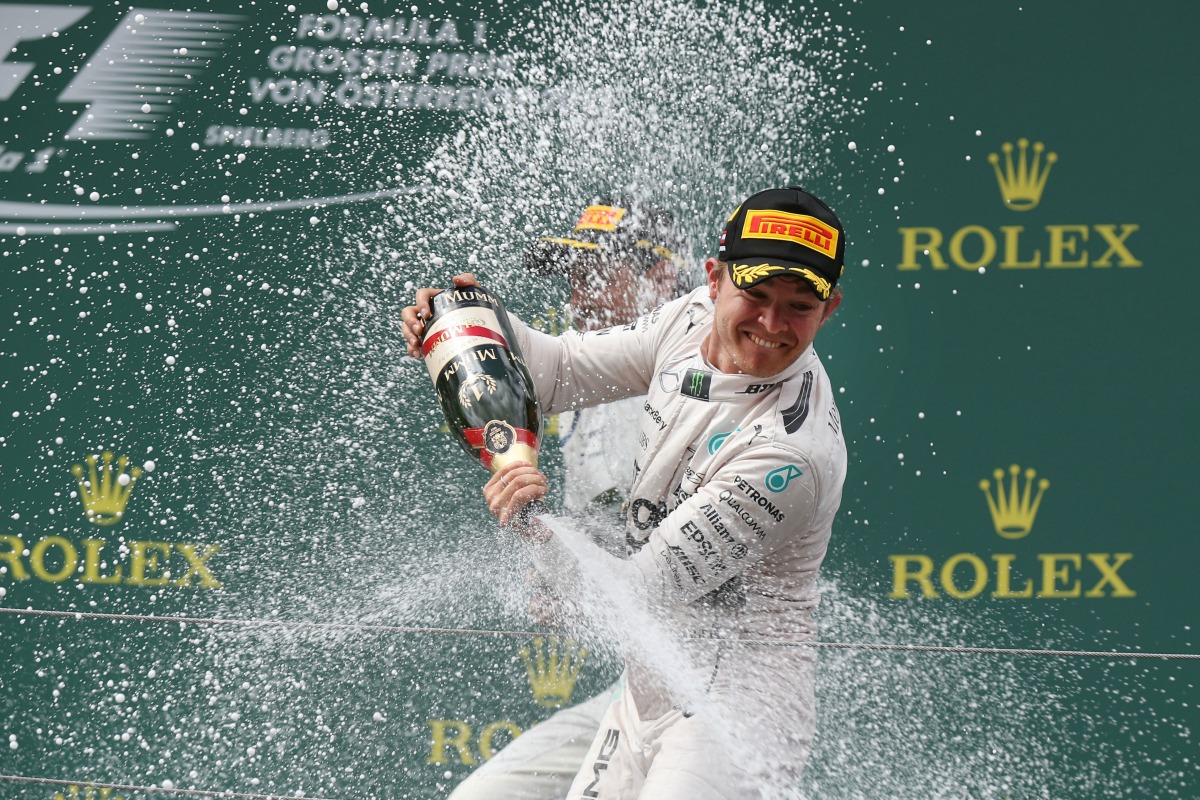 Nico Rosberg has joined the 2015 Formula 1 World Championship fight with a superb victory at the Red Bull Ring in Austria. Rosberg beat team-mate Lewis Hamilton in a straight fight for the win, with Felipe Massa finishing third for Williams.

This is not Rosberg’s first win of the 2015 season – in fact it’s his third – but it’s a very significant victory. Why? Because it’s the first time in 2015 that Rosberg has beaten Lewis Hamilton in a straight fight. It’s a psychological victory more than a points victory and it signals the start of what could be an epic battle for the Drivers’ Championship.

Hamilton is the reigning world champion. He’s had the lion’s share of pole positions – 7 out of 8 races this season, with the other one going to Rosberg in Spain – and has been the man to beat in all of the races so far, winning 4 out of 8 in quite dominant fashion. And until today, it looked like Rosberg might not have an answer for Hamilton’s form.

It’s true that Rosberg had already won two races this season, but neither would have been as satisfying as today’s win. In the Spanish Grand Prix, Rosberg drove flawlessly to win from pole position, but was never in a straight fight with his team-mate, who had a poor start and was stuck behind Sebastian Vettel for much of the race.

In Monaco, Hamilton had the race firmly under control when his team called him into the pits at the wrong time in response to the safety car being deployed late in the race. Rosberg inherited the win, but it had clearly been Hamilton’s day.

While a win counts for 25 points no matter how it is earned, Rosberg will have been aware that he had yet to beat Hamilton in a straight for victory this season. But that’s all changed now. In Austria, Rosberg made a stunning start to beat Hamilton (who was on pole) into the first corner. He then fended off a determined attack from Hamilton into turn 2 and again into turn 3 on the opening lap.

Rosberg controlled the rest of the race to take a much-needed victory and close the gap to championship leader Hamilton to just 10 points. But perhaps more importantly for Rosberg, he had a wheel-to-wheel battle with Hamilton and won. In Austria, Rosberg was the better driver.

Until today, it was hard to imagine Rosberg beating Hamilton to the title. But now it’s a possibility. Hamilton and Rosberg could be locked in a battle for the title reminiscent of Senna and Prost in the 1980s. Formula 1 just got exciting again.